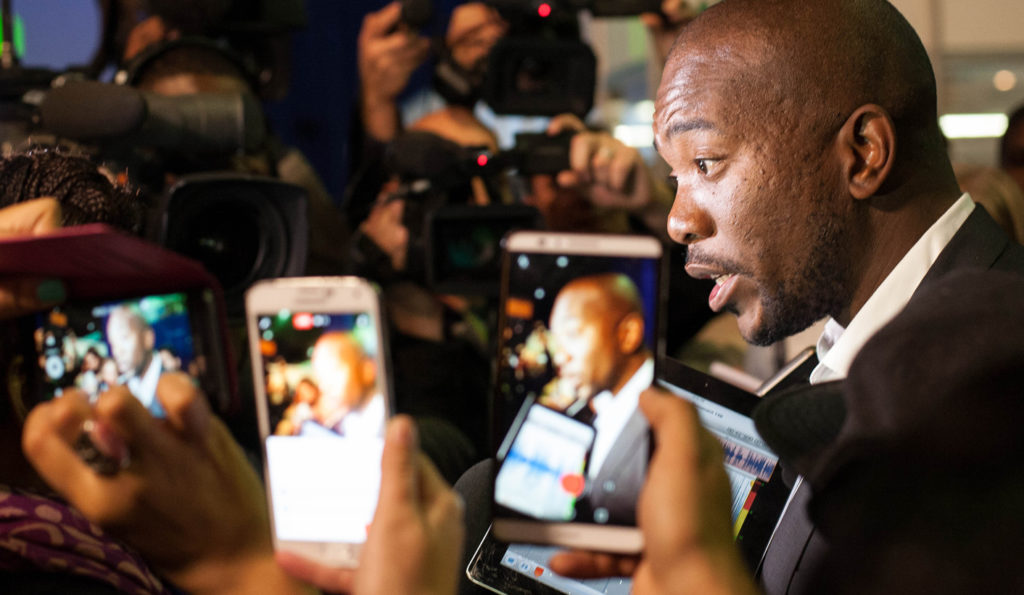 Pretoria – DA leader Mmusi Maimane said the party would not purge any civil servants in the metros where it will be taking over from the ANC following this week’s local government elections.

“I’m not out there to purge,” he told journalists at a media conference on Saturday morning, before jetting off to Port Elizabeth, where he was set to address a victory rally after the DA won 46.7% of the votes there.

The party also won 43.58% of the votes in Tshwane, while in Johannesburg and possibly Ekurhuleni it might look at negotiating coalition governments after the ANC’s vote could fall below 50% there.

“Of course in any bureaucracy you will find people from different political strands,” Maimane said.

“The issue is not your political affiliation, the issue is about making sure that you have the best person to do the job.

“And that’s the fight we are going to fight in the next number of months and maybe years.

“I’m not out there to purge. There’s this misinformed rumour that the DA is out to purge the municipality. That’s not true.”

Maimane added that in Nelson Mandela Bay Metro there had been “a lot of patronage” under the ANC government, but said people could still be convinced to do a good job regardless of whether they were originally appointed because of this.

“Sometimes people start off in that position. We’ve seen it in Cape Town [where the DA took over in a coalition government in 2006],” he said.

“But if you give them the right leadership and put the agenda on the table and say ‘this is what we want to do’, people come on board, as long as you apply the rules fairly… you assess people properly, that you are not doing it to favour someone at the expense of another… [and] run a clean government.”

He said the DA made sure to separate party and state so as not to get into any patronage-driven networks.

Maimane, who is also celebrating his 11th wedding anniversary, looked more well-rested than in the past few days, and smiled as he told journalists the elections marked a “historic” shift in South Africa’s politics.

The ANC’s share of the national vote fell to well below 60% for the first time, to almost 54%.

Maimane said the DA was preparing to form governments in four metros and 46 local municipalities.

“In Nelson Mandela Bay, the DA emerged as the largest party with 46.71% of the vote, up from 40.13% in 2011. Our mayoral candidate, Athol Trollip, will form a coalition government to deliver to all the people of Nelson Mandela Bay.

“In Johannesburg, the DA set out to bring the ANC below 50%. It is clear that the ANC will end closer to 45%. Our mayoral candidate, Herman Mashaba, will be seeking to lead a coalition government in Johannesburg.

“In Tshwane, the DA has grown from 30.69% in 2006 to approximately 43% in 2016. By contrast, the ANC’s support collapsed from 56% to approximately 41.5% in the same period. Our mayoral candidate, Solly Msimanga, will be seeking to lead a coalition government in Tshwane.

“In Midvaal, we have won outright and with an increased majority, and in Mogale there is also the potential for a DA-led coalition government.”

Maimane said the DA has performed “beyond our expectations”.

DA officials told News24 that although the party had prepared for government, it didn’t really expect the ANC to drop so low in Gauteng. “We would have been happy just to drive them to below 50%,” one party official said, smiling.

He also said the party was not entirely prepared for the prospect of governing in Ekurhuleni.