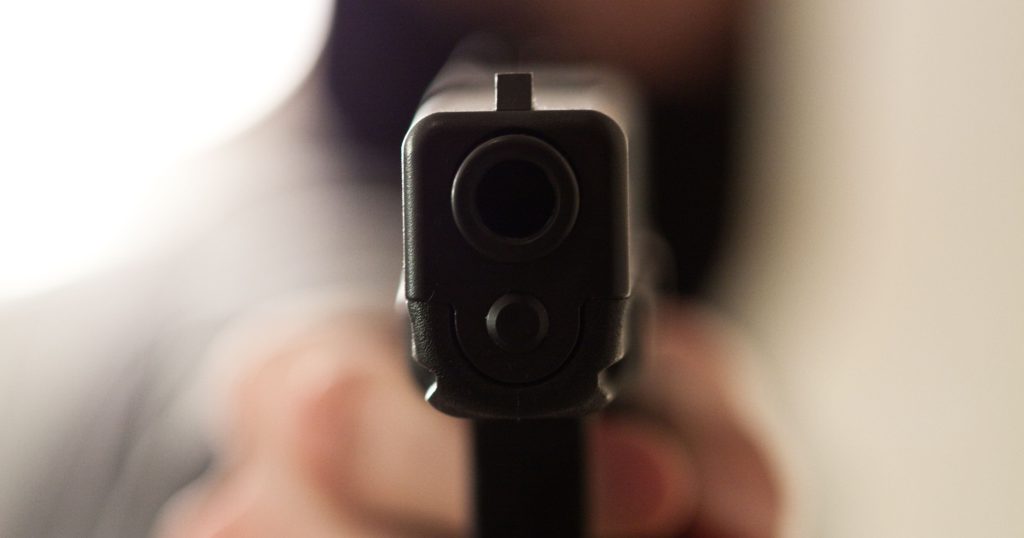 BIG SHOT: A case of pointing a firearm has been opened with Thohoyandou police

A Limpopo MEC’s bodyguard allegedly pointed a gun at an Economic Freedom Fighters (EFF) party agent at the University of Venda voting station on Wednesday.

An eyewitness said the incident took place at the information desks outside the voting station, where African National Congress (ANC) members are alleged to have started playing loud music.

EFF members went to security personnel to ask them to switch off the music, and the province’s health MEC arrived with a bodyguard.

When the EFF’s party agent tried to switch off the music himself, the guard pointed a gun at him, said the witness who did not want to be named.

Police spokesperson Colonel Ronel Otto said the incident was not related to the elections and did not disrupt voting.

A case of pointing a firearm was opened with Thohoyandou police.