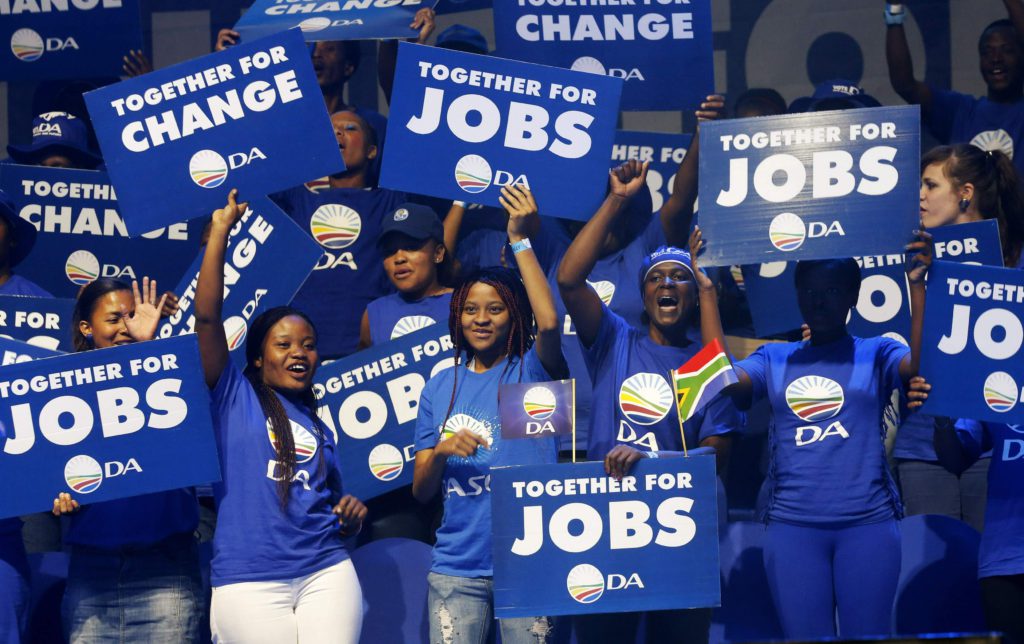 CHANGE: Democratic Alliance supporters gather at a rally during the 2016 local elections *picture courtesy of eNCA

Pretoria – The ANC was left bruised and the DA energised, while the EFF emerged as kingmakers following one of the most hotly-contested elections in post-democratic South Africa.

Support for the ruling party fell to below 60% of the votes for the first time since 1994, who only won outright majorities in Buffalo City, Mangaung, and eThekwini.

The failure of any single party to break the 50% mark meant coalitions would be the order of the day for the next five years.

The EFF had said it would not enter into coalitions with the ANC, the party its founding members rejected in 2013. The UDM had said it was prepared to enter into partnerships with the DA, which could see Mmusi Maimane’s party getting an outright majority in Nelson Mandela Bay.

The ANC’s Gauteng chairperson, Paul Mashatile, said the ANC had already been approached by other parties, and had approached others to negotiate possible coalitions.

President Jacob Zuma struck a conciliatory tone and said the 2016 local government elections showed the world that democracy was thriving in South Africa. He congratulated all the parties, including those who gained new municipalities. South Africans were the real victors, and their will prevailed, he said.

He called on elected representatives to build accessible, caring, and efficient local governments, regardless of which party was in charge in municipalities.

His speech was overshadowed by an anti-rape protest by a group of women. As he spoke, they stood up and displayed placards with words recalling his rape trial 10 years ago. More drama followed when security guards shoved them away.