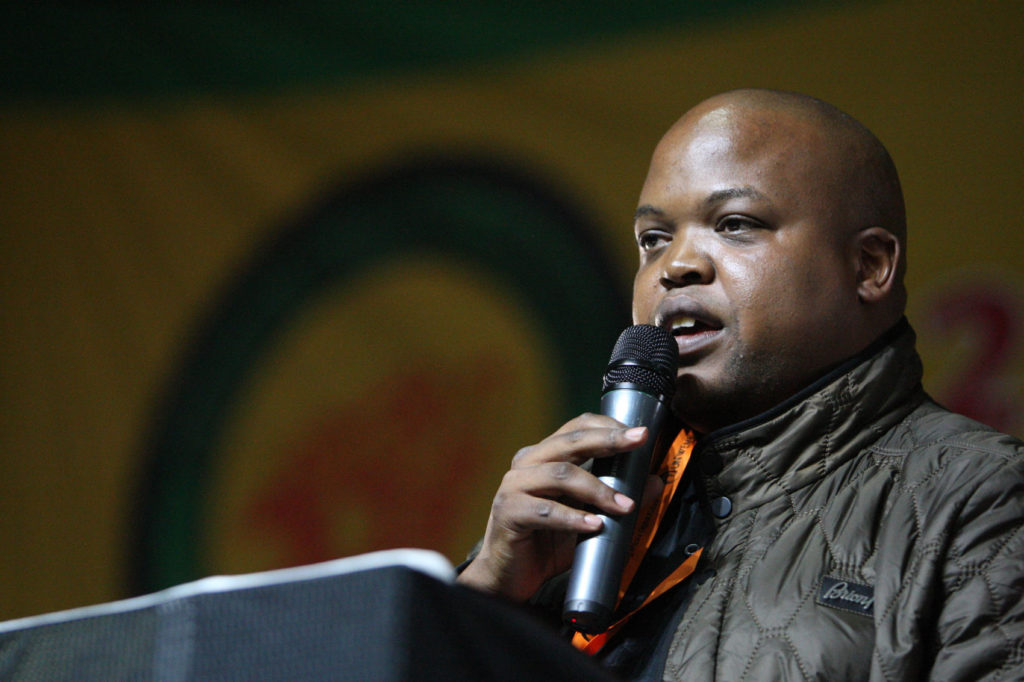 Johannesburg – The Gauteng ANC Youth League did not go to any victory parties in the province, including the one that was planned for the ANC’s Luthuli House headquarters, because of the “devastating election outcomes”.

“This [Johannesburg] is a metro we have performed poorly in as a party, the economic hub of the country and continent. In light of the devastating election outcomes, the ANCYL will not be attending nor organising any victory party, but will rather be engaged in a drastic programme of rebuilding and strengthening structures and our support on the ground,” it said in a statement.

“The current drop in municipal election outcomes nationally and in particular metros, leaves little to be desired and does not warrant a celebration.”

It said that through the vote and the low voter turnout, society was calling on the party to “introspect, go back to basics and reconnect with our founding principles”.

“It is in this regard that we will rather do organisational work and spend the time reflecting on where we have erred.”

The Gauteng ANCYL said a historical analysis of liberation movements shows that after 20 years of democracy, they begin to lose support in urban areas and ultimately throughout society.

“We are at the phase of urban support decline and therefore require an honest reflection, and to get back to the drawing board to ensure our narrative does not follow that of other liberation movements,” it said.

“We remain convinced that this decline can be reversed, as the low voter turnout, particularly in our strongholds, is a clear signal that, whilst society is disappointed with us, they would rather not vote than… vote for the opposition as the ANC remains their beacon of hope.”

The ANC in Gauteng said on Saturday morning that it was already in talks with other parties about coalitions, although it did not want to say who they were.

Speaking to the media at the IEC results centre in Gauteng, the ANC’s provincial chairperson, Paul Mashatile, said the party believed there were no outright winners in Tshwane and Johannesburg.

“Clearly, as the results show in some of the metros, there is not an outright winner. What it means is that as parties we must get down to negotiations now.”

Mashatile said the ANC had already been approached by other parties and had themselves approached others to negotiate possible coalitions.

“As the ANC, we have been approached by other parties and we are also talking to some of them,” he said.

“We will spend this weekend engaging in those negotiations because otherwise, if there is not an outright winner, if we don’t talk and have coalitions it means you have hung parliaments and you are unable to proceed.”