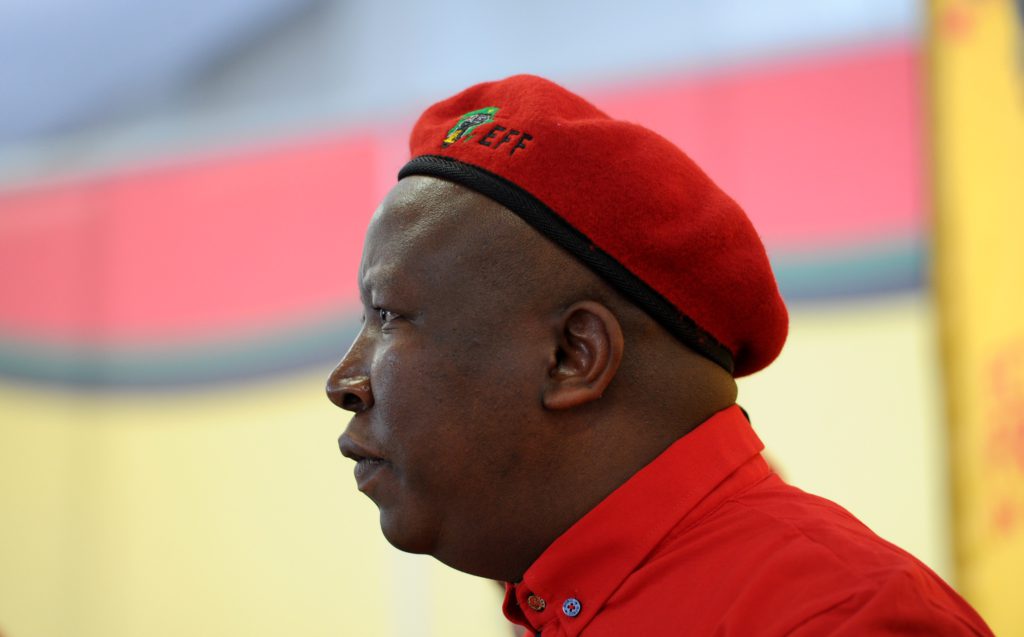 Pretoria – Economic Freedom Fighters leader Julius Malema rattled off a string of conditions for coalitions with other political parties on Friday after the red berets emerged as kingmakers in many wards in local government elections.

Malema himself still seemed to be searching for answers on how coalitions would work in municipalities where no party won an outright majority; wondering out loud how the EFF could work with the African National Congress on land policies or the promote the Democratic Alliance’s “white arrogance”.

“Why should the ANC think we must rescue it? Why should the DA feel that we should be the ones to promote white arrogance and white privilege?” Malema told a packed press conference at the national IEC results centre in Pretoria.

Analyst Lawson Naidoo said he believed the EFF’s best option would be to abstain from all partnerships.

“This will allow it to continue building its brand, their voting strength lies in the fact that they are not the ANC. Going into a coalition with the ANC means they lose a key part of who they are, when it comes to the Democratic Alliance there is ideological divergence but they can create a working relationship with the DA, it’s not impossible for the two to work together if they focus on issues of local government. They will grow if their selling point is to enhance service delivery,” he said.

Malema told journalists the young party was humbled by the support it has received. The party had managed to increase its support base in the elections in spite of having considerably fewer resources than two of the biggest and leading political parties in the country.

“Our ground forces were in it against well-oiled machineries, one spent a billion and the other more than R100m, yet our people worked from a position of commitment to make sure they deliver votes for the EFF,” he said.

The EFF leader also poked fun at his former political home, saying the ANC had been humbled by the country’s electorate.

“We are happy that the EFF has humbled the arrogant ANC. This three-year-old party makes ANC to run like headless chickens,” he said.

The EFF commander-in-chief said money had been a huge factor in the campaigns leading up to the local elections, he spoke out against the ruling party’s use of celebrities and hosting of fashion shows as part of its campaign.

“People have spent R1bn on dab, that dab has fallen. Everywhere they are suffering from ‘valo’ [anxiety] now,” he said referring to the popular dance style the ANC had adopted for its election campaign and its “Asinavalo” (We are not anxious) campaign slogan.

He also made claims that most of the artists working with the ruling party were doing it for the money, and further levelled accusations against the ANC Youth League’s treasurer general Reggie Nkabinde.

“He is getting that money from the Department of Water and Sanitation because he has a special relationship with Minister Nomvula Mokonyane, she likes them young,” he said.