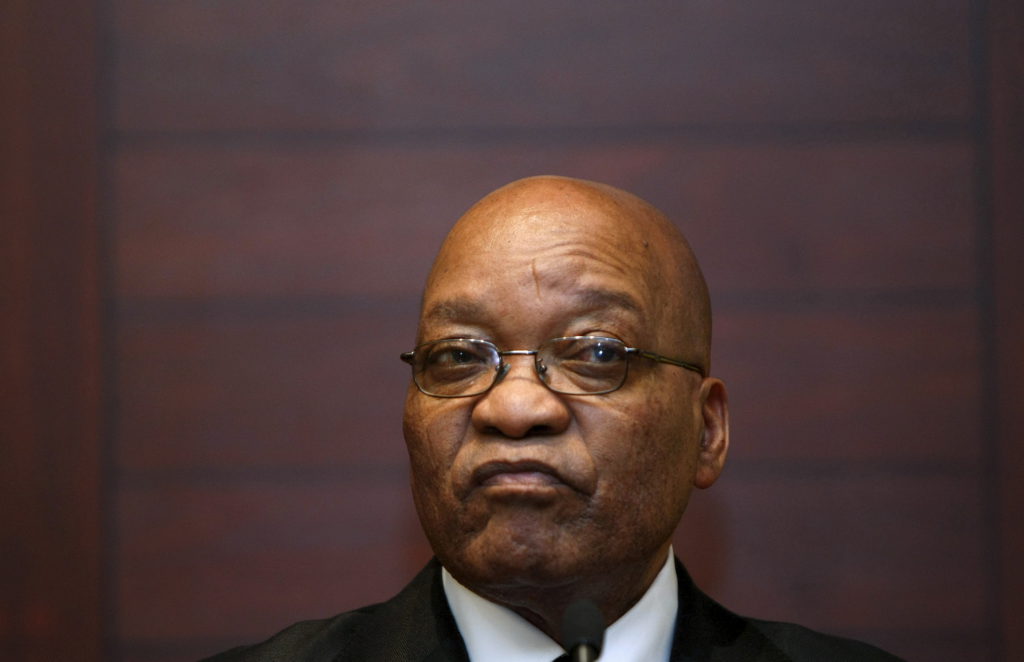 IT WASN'T ME: A pensive ANC President Jacob Zuma

“The ANC became its own worst enemy,” said University of KwaZulu-Natal political science lecturer Zakhele Ndlovu at the IEC’s regional results centre at the Durban ICC.

Analysing the ANC’s performance in KwaZulu-Natal, Ndlovu said the ANC was losing support in the province.

Zuma said the party intended to have 1.3 million members in good standing on the database, at least by 2017.

Ndlovu said the party had been losing ground and over the last couple of elections its support had declined gradually.

“I suspect that some of the people who were close to the ANC went back to the IFP because some of the support that the IFP lost was not just to the NFP.

“When Zuma was elected as president back in 2007, the IFP lost support because those people had seen the ANC as an organisation that was dominated by Xhosa-speaking people.

“When Zuma was elected as president, some of the traditional Zulus thought, ‘Wait a minute, if a traditionalist like Zuma could become president, then anything was possible’.”

Ndlovu said he knew a lot of staunch ANC supporters who had left the party for the IFP.

He said the ANC continued to lose support, especially among minority groups and young black voters.

“I interact with young people on campus and when I go to KwaMashu, I interact with them and I think Zuma, in particular, has cost the ANC a lot of the young votes.

“When he became the president, he cost the IFP a lot of votes, but in the ANC, especially [in terms of the youth vote] he has become a liability.”

Looking at the ANC’s performance in the province he said: “Remember I said the party was its own enemy, look at the divisions here in KZN, failing to hold both the regional and the provincial and the regional conference several times, and there are serious divisions because the factions are taking each other to court… staunch party supporters are not happy and some members have been saying that they will abstain and not vote.”

He said he was disappointed by the EFF’s performance in the province.

“I don’t think they have done that bad, in terms of numbers, they have improved slightly, but I think the expectations were very high. Here in KZN, no one expected them to do well anyways, they have focused in Gauteng and Limpopo and neglected provinces such as KZN.”

On the possibility of the ANC losing the eThekwini metro, Ndlovu said anything was possible.

“But they will not lose iTheku [eThekwini] anytime soon, but in the next five to ten years, it is possible. If you look at the DA’s performance in 2014, no one expected the DA to come second and become the official opposition in KZN, no one expected that, but it was because of the NFP being formed.

“I think the DA KZN leader, Zakhele Mncwango, is sharp and with him at the helm, I think that the DA is going to continue doing well and make serious inroads. He knows how to win people from rural and urban areas,” said Ndlovu.