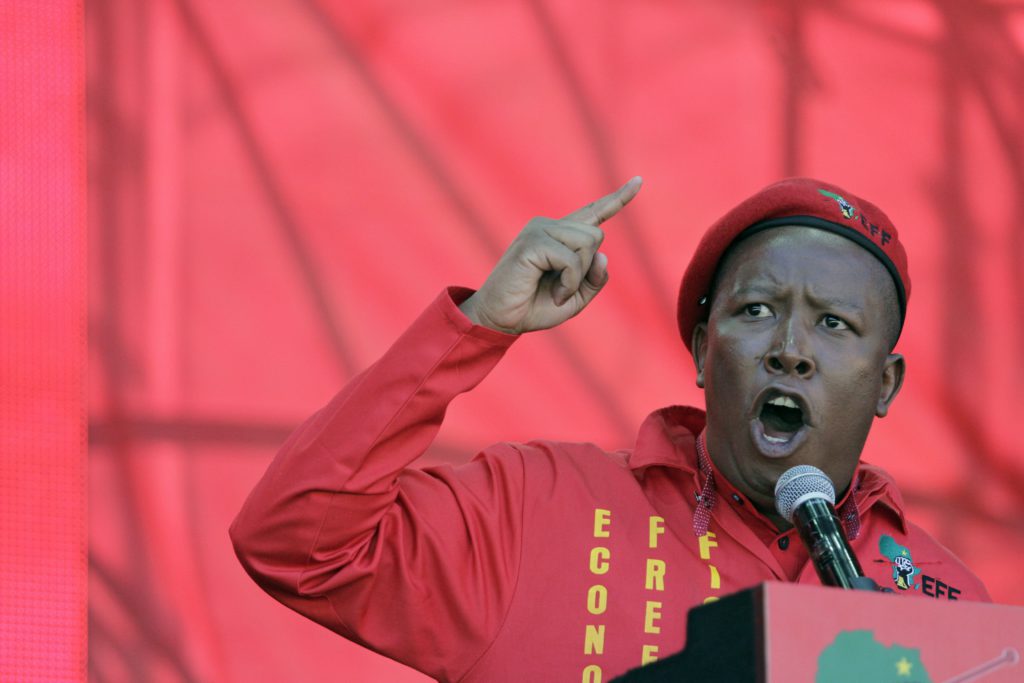 HE WHO SHOUTS LOUDEST: EFF leader Julius Malema is urging residents of Vuwani, in Limpopo, to vote

Polokwane – EFF leader Julius Malema says his party has done the best it could in its first local government election campaign.

The EFF’s commander-in-chief urged residents of Vuwani, in Limpopo, to vote, saying the stand-off in the area had nothing to do with the electorate.

“It’s ANC people who know they are not going to be mayors after the elections. The mayor of Vuwani is a central figure in destabilising the area,” he claimed.Malema called on the ANC to deal with its people.

“We want our people to vote,” he said .The 2016 municipal elections might be more important than the 1994 general elections, he added.

“We have put up a good fight. It ends here. It’s now up to South Africans…”

“I hope our people understand the importance of the elections. They have attracted international attention. They are highly contested and might be more important than those in 1994.”

Malema expected the EFF to do very well in its first local government elections.