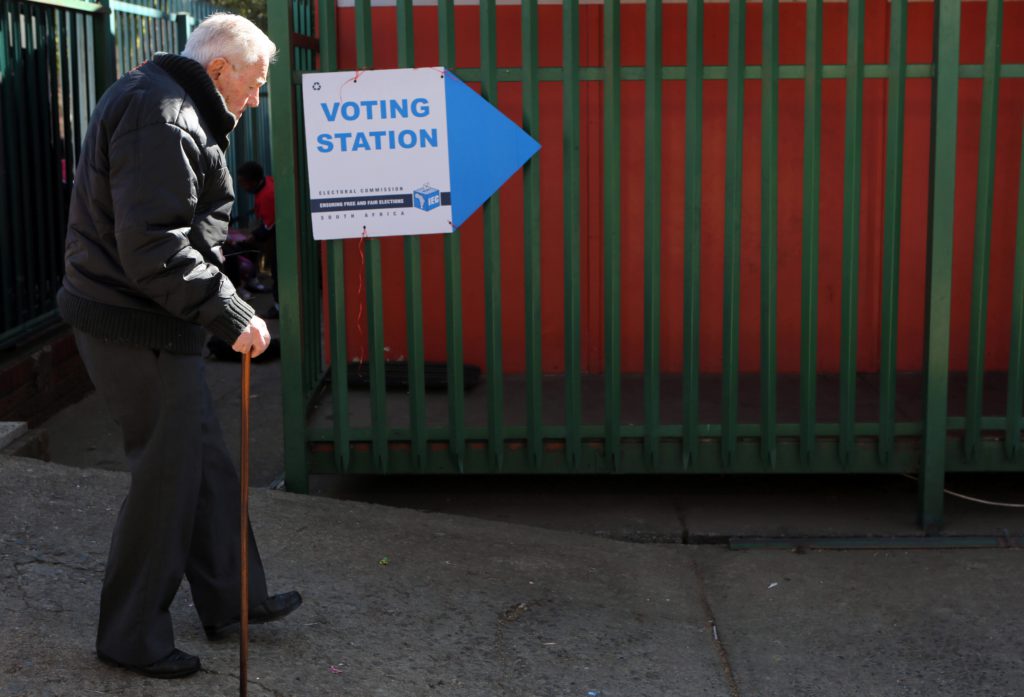 ON HIS WAY: An elderly voter journeys off to a polling station to cast his vote

Voting was disrupted at stations in Northern Cape and KwaZulu-Natal today after two voters died.

The IEC in KwaZulu-Natal confirmed that a woman died at a voting station in Bulwer earlier in the day.

It is understood that the woman collapsed while waiting in line. Further details were not immediately available.

In Strydenberg, Northern Cape, a voter died of “natural causes”.

“We understrand that this may have been a death of natural causes, but our staff are not medically trained,” IEC chief electoral officer Mosotho Moepya told reporters at the national results centre.

Police were on the scene dealing with the incident.

Meanwhile Western Cape police have confirmed that voting in Manenberg was continuing as normal after a woman was wounded in suspected gang-related crossfire in close proximity to three polling stations in the area.

Spokesperson Captain FC Van Wyk said the 61-year-old woman was on her way to the shop when the shooting occurred shortly after 10:00 on Wednesday morning.

A case of attempted murder was being investigated, he said.

A police source told News24 that a 22-year-old man was arrested shortly after the shooting and was in police custody.

“He didn’t have the gun on him, but he is being checked for residue…”

It is understood that the woman was caught in the crossfire after members of the Hard Livings and Clever Kids gangs started shooting at each other in Manenberg Avenue.

The officer said there was a strong police presence, with a number of additional resources deployed to the area to ensure peaceful elections.

He encouraged locals to continue to make their way to the polls.