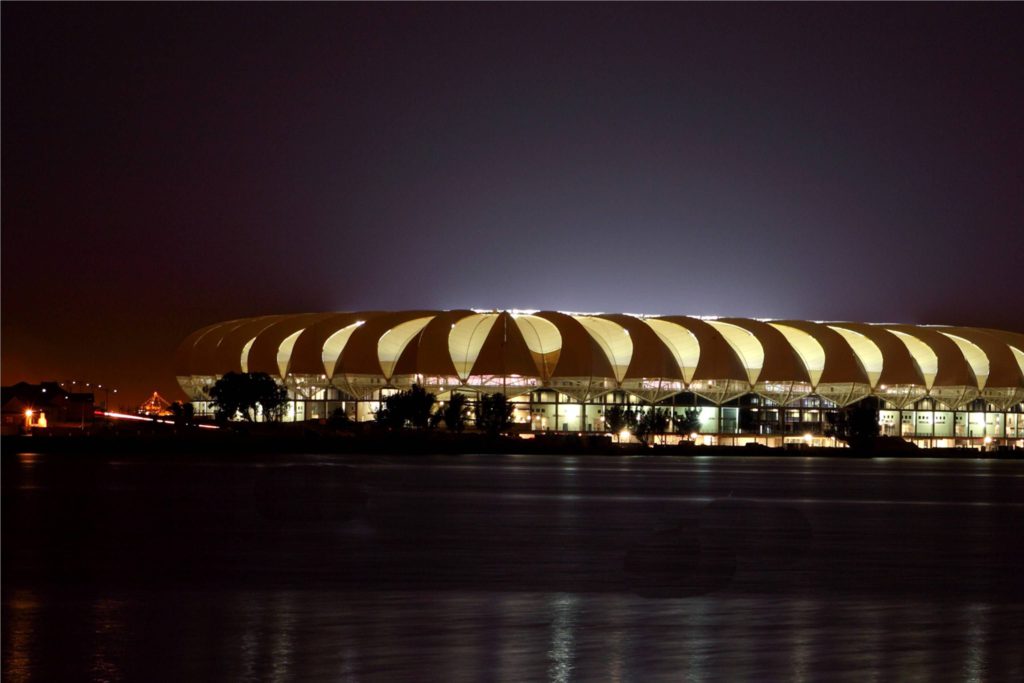 SCORE: The Nelson Mandela Bay Stadium, was constructed to host games for the FIFA World Cup

Port Elizabeth – Tensions were still running high at the regional IEC centre in Nelson Mandela Bay on Thursday as the numbers trickled in, with the DA still leading in the afternoon.

He said they were close to completing the process, but were waiting for the auditors to finalise the results.

ANC bigwigs sat huddled together at the centre, while the DA maintained a lead on the IEC results website.

But the DA did not look relaxed either, with party members counting and calculating the number of seats they had already acquired.

The numbers were still coming in from stations in Summerstrand, Uitenhage and Kwamagxaki.

Earlier in the day, new kid on the local government block, the EFF, said it was very humbled by the confidence shown in the party.

The EFF clinched Ward 43 in Nelson Mandela Bay, while the ANC still had the majority of proportional representative votes, according to the preliminary figures.