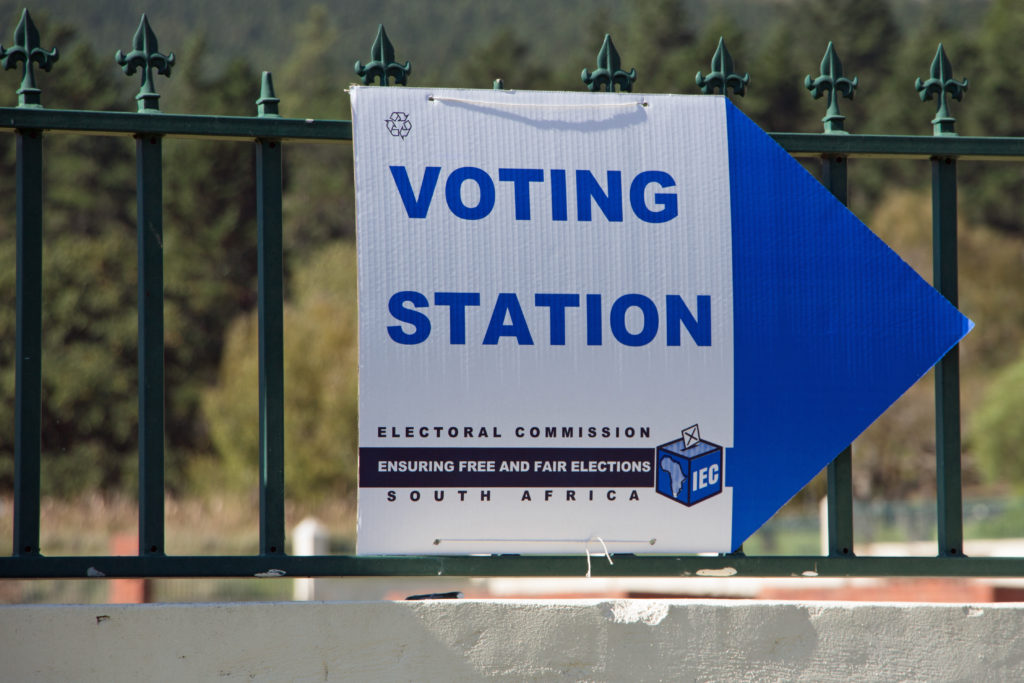 THE TIME IS NOW: IEC stations have opened across the country as voting begins in ernest

Roosters crowing signaled the beginning of a new day as IEC staff prepared to receive voters at the Ntolwane Primary School in Nkandla today.

Staff arrived around 4:00 to put up IEC signs and banners at the school where President Jacob Zuma was expected to vote in the 2016 local government elections.

By 05:37, IEC staff in Ward 14, KwaNxamalala village were assembling the cardboard ballot boxes.

“We need RDP houses. Our children are hungry, we need jobs…”

Gogo Ntombozi MaNtuli Nene woke up at 03:00 this morning to vote. She wanted to be one of the first people at the voting station.

She left her house at 04:00, accompanied by her neighbour and best friend, Busisiwe Khanyile.

“We need RDP houses. Our children are hungry, we need jobs,” Khanyile said.

First in the queue and was Gwema Hlongwane, also from KwaNxamalala village.

“I wanted to be first in the line because I want to return home early,” he said.

The elderly man, who did not know how old he was, said he wanted an RDP house.

IEC officials huddled around a heater at Laerskool President Pretorius in Potchefstroom on Wednesday morning as they awaited residents in the area to come and cast their votes.

By 6am, the small school hall had already been set up with 3 voting stations and tables where officials would be assisting voters.

A police vehicle was parked outside the school’s entrance and four cars were visible in the parking lot.

Two party agents from the DA and the ANC had arrived, as well as an observer from the FF Plus.

Two students from North West University Janka van Zyl and Chante Truter arrived at the voting station by 6.30am.

“We just came early so we can get this over and done with so we can enjoy the rest of the day.”

The first time voters said they were excited to cast their votes.

I will give up my sleep to vote- Morningside voter

For 53-year-old Mary Ngcobo, she had resigned herself to the fact that she would only have an hour of sleep today because she wanted to vote.

Ngcobo worked her night shift at a Morningside petrol station and would wait for transport to take her home where she would queue to vote.

“I have to do this, I am voting for this!” she said, pointing to a picture of the ANC on a discarded newspaper on her table.

She said she would likely finish in time to get ready for work and head back into town.

Armed with a steaming cup of coffee, carpenter Alex Ezaza was the first man in line at the voting station at the Eersterivier Secondary School on election day.

The 35-year-old first-time voter said he still had to rush off to work as he had no idea what the queues would look like. He had been here since 06:05 and it was his first time at the polls.

“Nothing the politicians said in the past ever really interested me. But this year there was one party which made commitments to issues that affect my community, like safety and development. So here I am, in the cold, hoping to make a difference.”