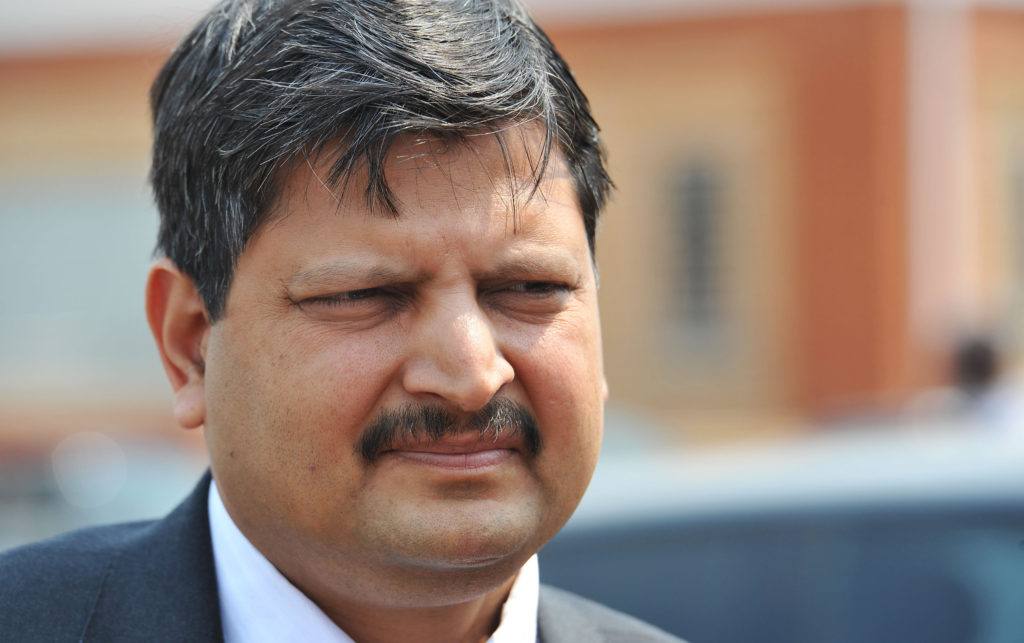 Johannesburg – The Gupta family also voted on Wednesday – in typical Gupta style, arriving in three luxury vehicles with three bodyguards in tow at the voting station in Saxonwold.

A Netwerk24 user who also voted at Saxonwold Primary said most of them wore ANC T-shirts. “They were a group of about 10 people and arrived at noon in three black SUVs and a black Mini Cooper.”

One of their security staff arrived first to scan the venue.

When the first SUV pulled up, a police officer shouted: “Ooh! Here come the Guptas!”

“At first, I didn’t understand what he meant, but then I saw the huge vehicles pull up,” the reader told Netwerk24.

When they got out, they looked like “regular people” dressed in track suit pants, jeans, T-shirts and flip flops.
After voting, the clan got back into their black SUVs. (Supplied, Netwerk24)

The three guards accompanied them to the voting station.

“They were greeted by the ANC ward councillor and other ANC members shook their hands. They had a nice chat.”

The reader said they were not given any special treatment by IEC staff. “They had to queue like everyone else.”

After voting, they re-joined the ANC members, and one of them shouted “Amandla” before they left.