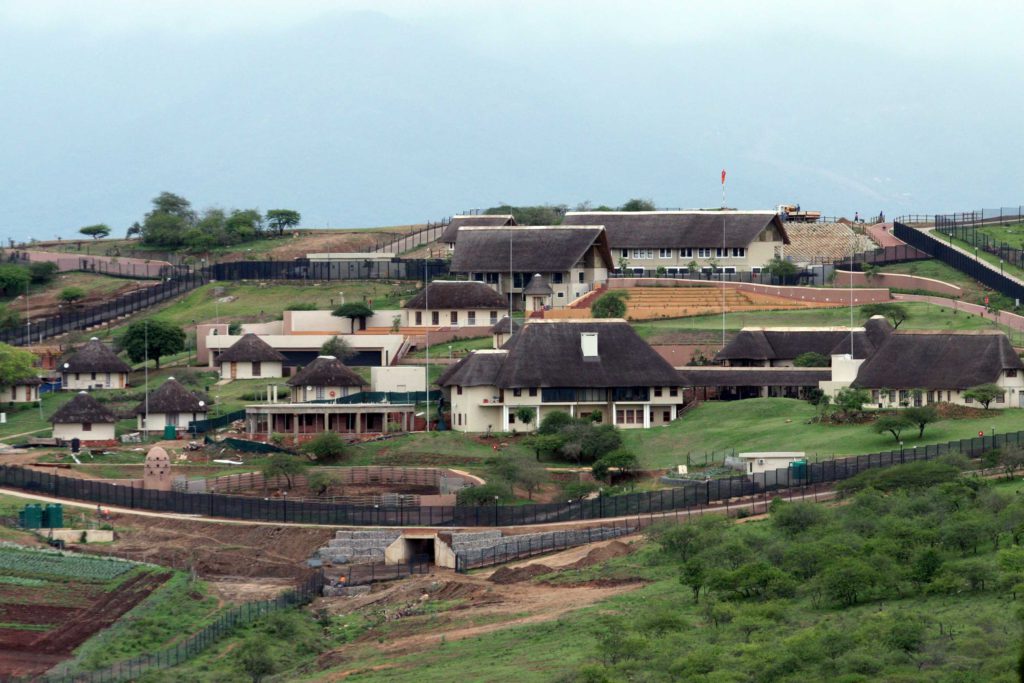 President’s son arrives at primary school in the KwaNxamalala village in Nkandla, KwaZulu-Natal, to cast his vote

President Jacob Zuma’s son Edward has arrived at the Ntolwane Primary School in KwaNxamalala village in Nkandla, KwaZulu-Natal, where he is expected to cast his vote today.

Zuma said he was ready to vote for the ANC.

He said it is important to vote in the 2016 local government elections because “we are strengthening our democracy and in defense of the hard earned democracy by the ANC”.

Residents arrived early at the voting station in KwaNxamalala village, in Ward 14, where the president’s controversial homestead is located.

President Jacob Zuma was expected to vote at the primary school at 10:00 today.

As the sun began to rise over the village, bread delivery vans delivered bread at the nearby tuck shop.

Half an hour before the voting station opened about 24 residents had arrived.

Second in the small queue, Phumelele Bhengu, 44 from KwaNxamalala village said she woke up at 03:00 to vote.

“I am going to vote for Zuma because I love him and he is out neighbour. I want him to continue to govern,” said Bhengu.

She said she wanted an RDP house because she was currently living in a mud house.

“He must build me a new house… and our children need jobs. They are sitting at home,” said Bhengu.

The mother of nine, who suffered a stroke in 2008 and uses a crutch to walk, was sitting on a chair because she was tired of standing.

The woman was hopeful that all was going to go well in Wednesday.

Behind Bhengu was Mbongeni Ndaba, also from the village, who said he arrived at the voting station at around 04:00.

“I was very excited to vote this morning. I am going to vote for the IFP because I had been voting for the ANC all of these years and they have not done anything for me and it makes me very angry.”

Ndaba, 50, said this was the first time that he was voting for IFP leader Prince Mangosuthu Buthelezi.

“I want Shenge [Buthelezi] to assist me get a house and other things like fencing my house. The ANC lied to us and made many promises. They have never done anything that they promised to do,” said Ndaba.

Zuma’s own backyard is an IFP stronghold and the current mayor of the town, which falls under the Uthungulu District Municipality, is a member of the IFP.