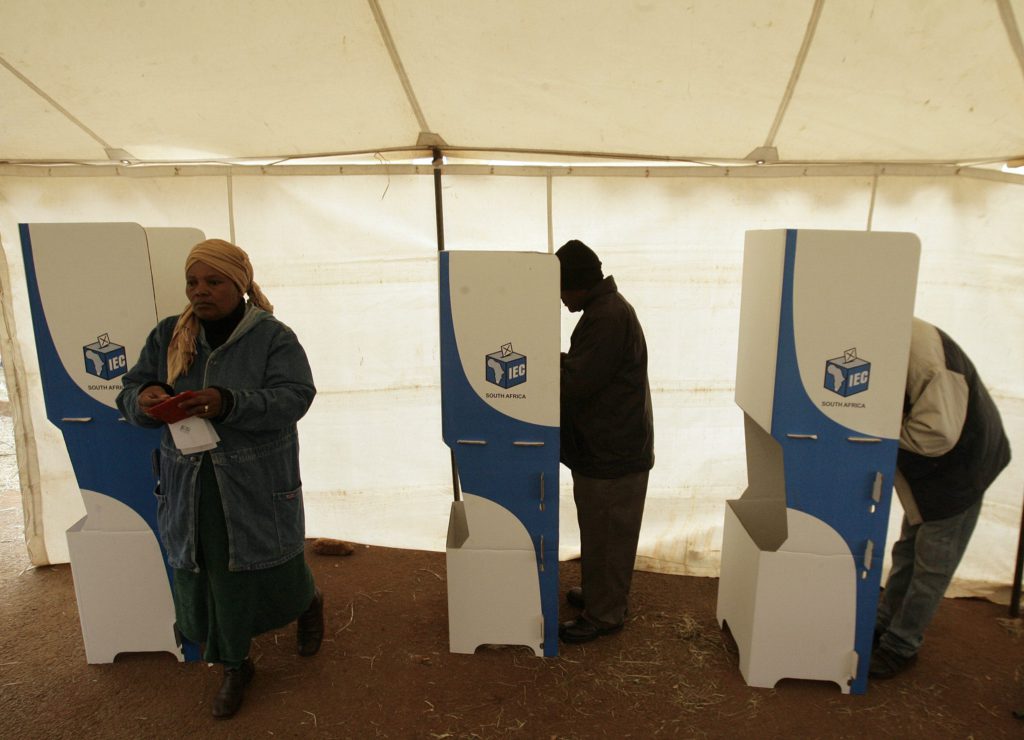 Some independent councilor candidates in the Tlokwe municipality have claimed that the voting process has not been free and fair.

Sarah Moos, a candidate in Ward 13 of Promosa, said today that she saw an ANC-branded car violating the electoral code by driving into a cordoned off area to drop voters.

She said she made the presiding officer at the station aware of it and asked that the ANC candidate be disqualified as a result. “I want to see the ANC councillor disqualified because they broke the Electoral Act.”

Moos said her party agent, who was inside the voting tent, had filled out an objection form, but that the presiding officer would not allow Moos to make a copy to show the media as proof.

“He refused to give me the form and said he had to speak to head office first,” Moos said.

News24 was shown pictures of the vehicle, a white Volkswagen Citi Golf with ANC flags on it.

‘They were helping a disabled person’

Thabo Mosiane, the ANC’s Tlokwe elections co-ordinator, confirmed that there was an ANC-branded car in Ward 13, but said the ANC candidate wasn’t inside the vehicle. He said a volunteer had used the car to drop off a disabled person.

“They just dropped that person off and drove out. They did not stay there, they were not canvassing. They were helping a disabled person. We think it is very stupid of them [the independent candidates] to focus on that, because it was kind of the ANC to go and take a sickly person to vote,” said Mosiane.

Mosiane also responded to complaints about ANC information desks outside voting stations, saying there was “nothing untoward about that”, as every party had them outside of the boundary.

“The ANC and all other parties help people who are coming to the station because information tables are there, particularly to assist people with information. People are not forced to go to the table, they go there themselves so we don’t understand what is the point of raising that issue,” he said, adding that ANC had done nothing that was against the law.

About 5km from Promosa, another independent candidate complained that IEC officials had broken the law during the special voting session earlier this week.

Mafinki Tloome claimed the presiding officer had allowed an ANC member to assist a voter at the voting station.

He said, although Wednesday’s voting had gone well, there were incidents which they had noted and would address after the election process was completed.

“An ANC official has been going inside with voters’ IDs. They’ve been allowing residents to go and vote for them (voters), but we, as independent councillors, the IEC refused us to do that,” Tloome said.

He said they had addressed the matter with their ANC counterparts and that it had now been resolved.

“For now, the issues have been sorted out, but I’m very sceptical,” he said.

Tloome was once an ANC member, but left the party after disagreements about leadership positions in the party’s regional branch.

He said most residents in Ward 6, where he lived and was running, were 100% behind him and would ensure that he won the ward for them.

“We are definitely sure that they (residents) are going to do the right thing. They said they are 100% with us. Ward 6 is going today. If we lose, we will know that the IEC has been paid off so that they can cheat us,” he said.

Tlokwe has been beset with controversy after it was revealed that its 2013 by-elections had been rigged after people, who were not residents in certain wards, were allowed to vote without proof of residence.

The Constitutional Court has since ruled that the municipality must have new by-elections and that the IEC must ensure that it has the correct addresses of individuals voting in their respective wards.

Tlokwe is currently under the leadership of the ANC. It won 60.02% of the votes during the last local government elections in 2011.