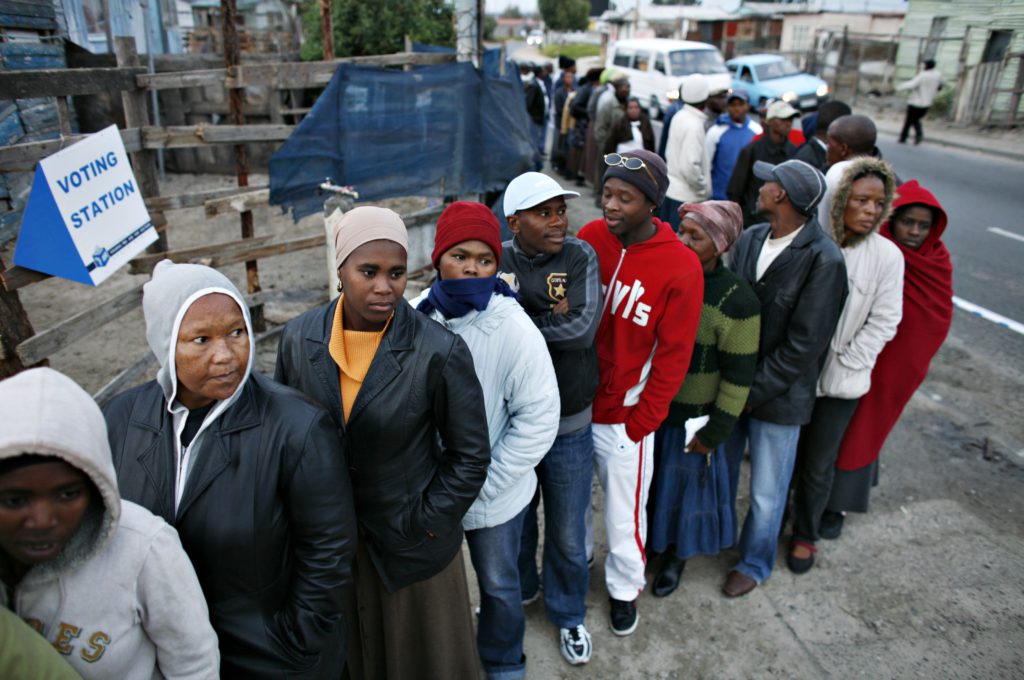 HURRY UP AND WAIT: South Africans wait to vote outside a polling station

Voting has still not started at the Community Centre in Mandela Village, Hammanskraal as IEC officials are apparently waiting for ballot box seals.

A first time voter from Hammanskraal says the delay to the start of voting at the Community Centre was an indication of disorganization.

“This shows how people can be disorganized because I have listening t9 the radio and some stations have been preparing since 01:00,” Nthabiseng Mphaka said.

“It shows that something is wrong here.”More than an hour after the polls were supposed to open, people were still sitting outside the station with no indication of when voting would commence. One woman left the venue saying she was going to sleep. “I’m going home, I will come back later. It’s too cold to be sitting here with nothing happening,” she said. Greg Gordon, a voter from Rens Town says the delay was a concern for him. “It’s concerning that our ballot boxes were not sealed and the people are supposed to be coming from Temba which is a five minutes’ drive but they are still not here,” he said.

“It shows that something is wrong here…”

Gordon said the 2016 elections were very important and would be a catalyst for change.

“It’s going to be an important election and I think things need to change which is why there is such a huge turnout,” he added.

Meanwhile some where unable to make their crosses due to maladministration. Raymond from Vosloorus, Somalia Park, ward 45 missed special votes which took place on Monday 1 August and Tuesday 2 August, on account of the IEC failing to attend to him.

Special voting continues on Day Two. According to some, they were unable to make their crosses – even though they applied for special voting. Disabled, Raymond from Vosloorus, Somalia Park in ward 45 missed special votes – on account of the IEC failing to attend to him

The IEC says it’s committed to helping all those individuals who were not attended to by IEC officials – during the casting of special votes. IEC Deputy Chairperson Terry Tselane says – he is committed in ensuring that every registered person casts their votes…