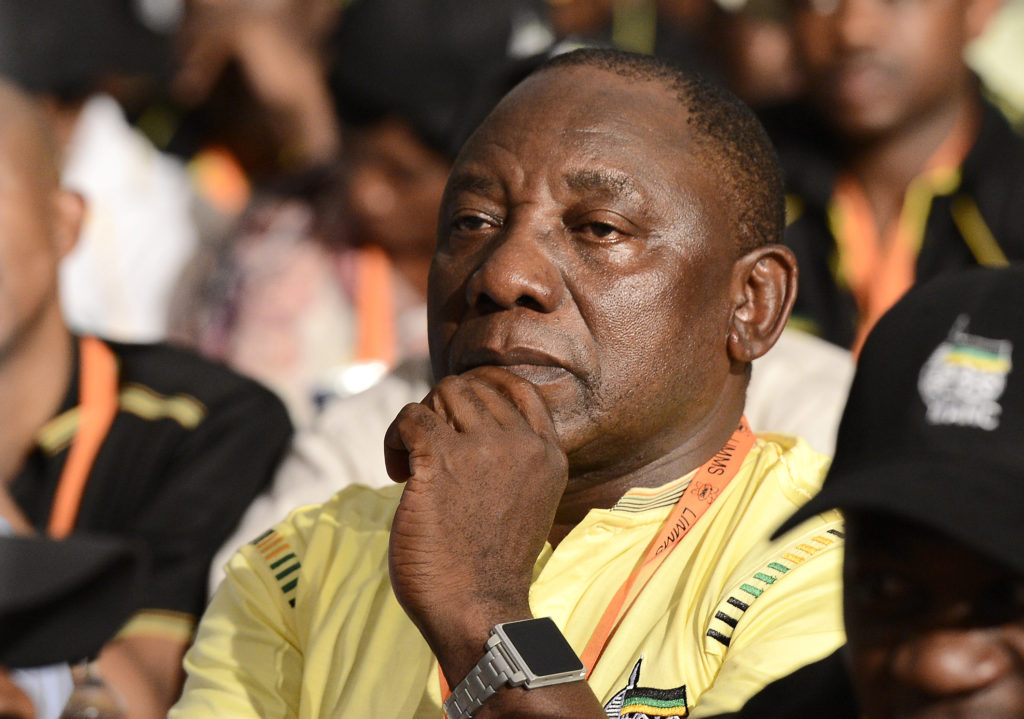 Pretoria – The ANC “will be rising to the top again”, even though people thought it was on its knees, Deputy President Cyril Ramaphosa said on Friday.

He added that it was too early to analyse the party’s decline, “as it is always premature to read somebody’s tombstone before they die”.

Ramaphosa spoke to journalists at the IEC election results centre after doing a walkabout tour of the centre and eventually coming to a stop at the ANC’s table, where he sat down and gave a doorstop interview to the media on Friday afternoon.

He said, even though the party had conceded defeat in the Nelson Mandela Bay Metro, it remained hopeful that “we will emerge as the leading party in those metros (Johannesburg, Ekurhuleni, Etekwini and Tshwane), based on the number of people one sees on the screen who have voted for the ANC”.

He, however, misquoted the number of votes the ANC had received, saying “15 million out of 26 million people who registered” voted for the ANC “and this is a phenonemal achievement”.

Figures show 7.5 million people voted for the ANC on the proportional representation ballot, while the ANC’s 15 million figure was made up of this vote and the ward and district votes combined.

The party got 8.1 million votes in the last local government elections in 2011.

Ramaphosa, however, said: “I think it’s an achievement that shouldn’t be dismissed. These are real, live South Africans who have demonstrated their confidence in the ANC.

“So there are very good shades, good shades of green that one needs to look at… but obviously we wait until the story of the metros comes out and I’m sure, once it comes out, I’m sure people will be surprised that the ANC, which they thought was on its knees falling, will be rising to the top once again.”

‘ANC is a listening organisation’

Asked about whether the ANC was worried about the decline in votes, Ramaphosa continued to say that the 15 million was up from 11 million votes in 2014. “My simple arithmetic tells me that it is not a decline, that it is a rise in the number of people who are voting for us as the ANC.”

He said a decline could only be measured once the final results came out. “I think it is a bit premature at this stage to begin to do an analysis.

“Let us wait until the full results are out and then we can do a proper analysis.

“And I can promise you one thing, the ANC will be able to analyse its own performance and it will do it honestly, robustly, we will do it openly as well.”

He said, even though some people thought the ANC was arrogant, self-serving and self-centred, it was in fact “a listening organisation”.

“So, this election has been an election where sensible political parties would have given themselves a time to listen to their voters and to the people of South Africa and that is exactly what we are going to do.”